“Our ocean, our responsibility.”

My adventures in veterinary medicine continue with 3 weeks on Koh Tao (“Turtle Island”). We’ve partnered with the New Heaven Dive Shop and their reef conservation experts to learn about marine wildlife and conservation. Unfortunately Koh Tao’s namesake, the sea turtle, is endangered and can be a rare sighting.

People come from all over the world to dive in Koh Tao. In fact, it’s the most popular place in all of Asia to get SCUBA certified, second in the world after Australia. You’d think that since the ocean and coral reefs are the island’s main attraction more people would be actively trying to take care of them. You’d be wrong.

Side note: I didn’t SCUBA because I thought the fins would be bad for my healing foot. Also, did you know that SCUBA stands for Self-Contained Underwater Breathing Apparatus? Well, now you do.

Coral reefs are important. They only cover about 0.1% of the world’s ocean floor, but they’re home to about 25% of marine life. Coral reefs are one of the most biodiverse ecosystems in the world, and one of the most threatened. So in addition to studying marine wildlife, the students and I also learned all about the important work of the New Heaven Reef Conservation Program. They’re trying to educate people (especially other divers), conduct research, and conserve and protect coral reef ecosystems around Koh Tao. 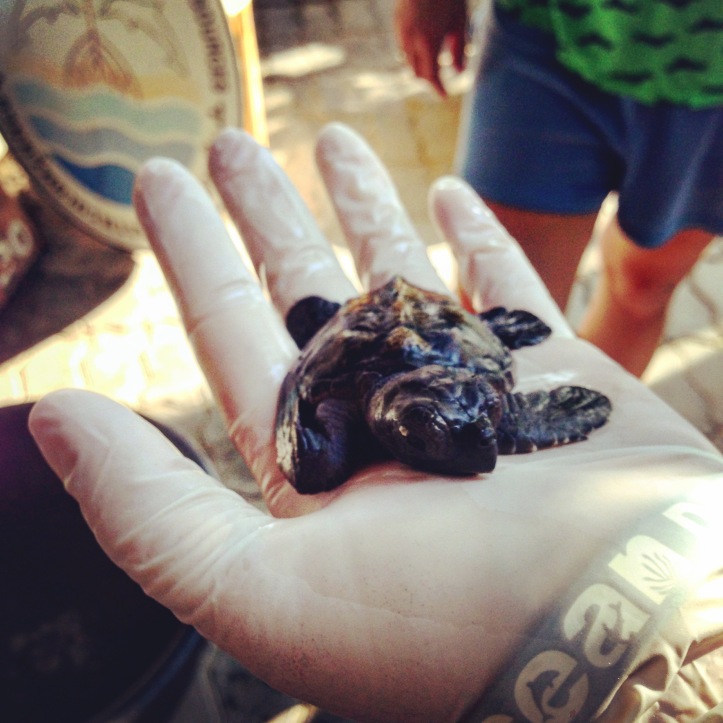 What made these last few weeks truly incredible isn’t just the new knowledge, which is great, but being able to get in the water and see what we learned in the “classroom.” We talked about New Heaven’s Environmental Monitoring Program surveys, and then we put our snorkels on, jumped off the boat, and conducted said surveys. We learned about different kinds of coral, and saw them in their natural habitats. We learned about giant clams, and went and counted ALL of the giant clams. We also surveyed fish and sharks that live around coral reefs. Parrot fish are a rainbow of neon colors, and they’re pretty big.

One of the ways that conservationists like those at New Heave are helping the reefs is by building new. They cultivate nurseries of corals and when they are strong enough, they transplant the corals to artificial structures, then nature takes over. I’ve seen a few stories about artists building beautiful sculptures that they sink and turn into coral reefs. One artist made several life-size models of very life-like people. There are also projects experimenting with turning old cars, buses, and subway cars into reefs. New Heaven is creating an underwater art gallery of artificial reefs and coral nurseries. Our group designed and built a rocket ship out of rebar that was added to the bay. Hopefully it provides a good home for new coral and all of the creatures who call the reefs home.

Every year the island hosts a festival called the Save Koh Tao festival. Everyone comes together to promote environmentally friendly practices and conservation. This year the festival focused on honoring the legacy of the King of Thailand. During his reign he was very involved in conservation and taking care of Thailand’s natural resources. There was lots of good food and live music. Many of the children living in Koh Tao danced too. There is nothing better than 4 year olds wearing lots and lots of sequins, dancing. 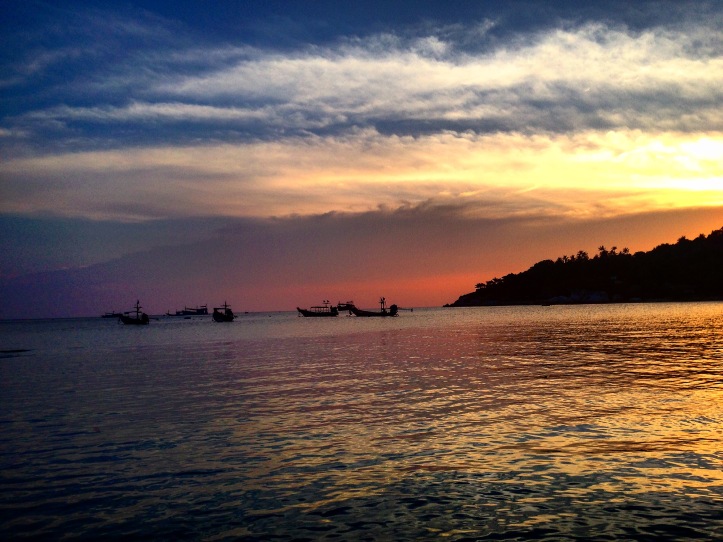 I love boats and being by the water. Snorkeling without fins isn’t easy (stupid broken foot), but it was still incredible. There is a whole complex, beautiful, fascinating world under the sea. There’s so much going on down there.

There aren’t, however, very many sea turtles. So at the end of our time on Koh Tao we headed for the Phuket Aquarium, where the Thai government is running a sea turtle nursery and rehab program.